home | About | Board of Directors

Susan is an educator and learning facilitator. She was a previous Jane Addams Children’s Book Award selection committee member. As a multiage teacher she co-created a social justice based 4/5 Learning Place program in which children compared and contrasted contenders for the Jane Addams Award and made recommendations to the selection committee as a centerpiece of their literacy work. This process grew to include a dozen classrooms around the country via online student blogging. Susan currently teaches online middle school reading, writing, and higher order thinking. She holds a Masters in Curriculum and Instruction and became a Wisconsin Master Teacher in 2009.

Laura Ann Fernea has over 30 years’ experience working at public and nonprofit agencies and institutions, including community development, education, international development and public health projects. Ms. Fernea received her Bachelor’s degree from Reed College in Portland, Oregon, has a Master’s degree in Applied International Development Studies from Texas Tech and another in Public Health from the University of California, Los Angeles. She is fluent in Spanish and previously spoke Arabic and French.

As the Executive Director of the City Heights Community Development in San Diego Laura Ann is committed to the organization’s mission to enhance the quality of life for and with the community of City Heights through affordable housing and community and economic development. Being born and raised in the Middle East as well as the U.S. has given her a unique perspective on some of the challenges faced by City Heights community residents.

Andrew is the Director of Book Operations for New York Public Library and Brooklyn Public Library, and the former Chicago Public Library Assistant Chief for Technology, Content, and Innovation. He is a past president of the Association for Library Service to Children; has been named Librarian of the Year by the Spanish Institute for Foreign Trade and the Spanish Association of Publishers Guild; received the Illinois Library Association’s Davis Cup for “outstanding contributions in library service to young people;” and has been honored with the American Library Association Gay, Lesbian, Bisexual and Transgender Round Table’s Award for Political Activism.

Rachel currently works at the Pittsburgh-based nonprofit Hello Neighbor as their National Program Manager. She specializes in social service program design and evaluation specifically for women, girls, and international populations. She is the Vice President of a girls’ organization in Haiti she co-founded in 2015. She has worked with non-governmental organizations in the U.S. and abroad including the United Nations Development Programme, God’s Vision for Haiti (foster care program), and Strong Women, Strong Girls (multigenerational female mentorship program). She is also a certified yoga teacher with a Masters of Social Work and Masters of International Development.

Jenny Brown, senior editor of Shelf Awareness, an e-newsletter for the book trade and also for consumers, has spent the past 30 years toggling between her two passions–education and bookmaking. She has served as director of the Center for Children’s Literature and interim children’s librarian at Bank Street College of Education, and publisher of Knopf Books for Young Readers. When she’s not combing bookshelves for her next read, you can find her performing cabaret at Don’t Tell Mama in New York. Jenny lives with her husband in Hewitt, NJ.

Tura joined the Board in 2011 when the Peace Association was the educational arm and fiscal sponsor for the Women’s International League for Peace and Freedom (WILPF) and Board members were drawn exclusively from the membership of WILPF.  She is a WILPF Life Member and has been part of the Middle East Committee since 1981. She co-founded the Austin chapter of Jewish Voice for Peace and serves on the Executive Board of the Interfaith Community for Palestinian Rights, Austin.  Tura worked as a Comprehensive Planner for the City of Austin from 1985-2000 and as Office Manager for a small privately held software company from 2000-2005.  In 2005 she established a family business to preserve and promote the paintings of her late father, the classical abstractionist Vincent Campanella.

As Peace Association President for two terms Tura guided its transition from fiscal sponsor to advocate for children’s peace education.  She appreciates the power of JACBA books to stimulate dialogue among adults as well as youth and uses The Shepherd’s Granddaughter, Sitti’s Secrets, and Silent Music to deconstruct negative stereotyping of Palestinian and other Arab people.

Inquiries regarding joining the board are welcome. Ideal candidates will have the following qualifications: 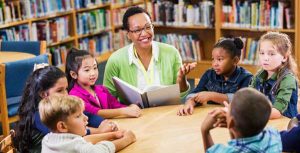 In the tradition of peace activist and leader of the settlement house movement Jane Addams we value...

We work with and learn from others as we together make a positive difference in our communities and world.