Jane Addams and the White Supremacy of Her Time: Vision and Limitation

“Action indeed is the sole medium of expression for ethics.”
(Democracy and Social Ethics, 1902)

Jane Addams was an activist. She struck at the roots of social injustice through astute, persistent, thoughtful action during the late nineteenth century and early twentieth century. She, with Ellen Gates Starr, founded Hull House, one of the first settlement houses in the United States. Hull House opened in September 1889 in the Nineteenth Ward of Chicago, a neighborhood of immigrant families living in the unsanitary, inhumane conditions resulting from industrialized poverty. Hull House was a center of culture, advocacy, and education located in the heart of a city at a time when there were no public social programs addressing the needs of immigrants or people living in poverty. It was also Addams’ home from its opening until her death in 1935.

“Peace would no longer be an absence of war, but the unfolding of worldwide processes making for the nurture of human life.”
(Newer Ideals of Peace, 1907)

Jane Addams was a pacifist. She spent the last twenty-five years of her life working for international peace.  She and women pacifists from around the world founded the Women’s International League for Peace and Freedom (WILPF) in 1915, and she served as its first president. When she steadfastly refused to support World War I even after the United States entered the war, her biographer Katherine Joslin reports that people called her a “crank, freak, atheist and traitor.” In spite of this, years later in 1931, she was the first American woman to receive the Nobel Peace Prize at the age of seventy-one.

“We may either smother the divine fire in youth or we may feed it.”
(Spirit of Youth and the City Streets, 1909)

Jane Addams cared deeply for children. In her private life, she supported nephews and nieces, often housing them at Hull House, and always offering attention and encouragement through correspondence. The first program established by her and Starr was a day nursery. Publicly and sweepingly, Addams and Hull House residents were, as biographer Jean Bethke Elshtain tells us, responsible for nearly every major piece of legislation having to do with the well-being of children from 1890 until the New Deal. Addams worked to help young people live widely in the world, grounded in compassionate, creative visions of human possibility.

“. . . the good must be extended to all of society before it can be held secure by any one person or any one class. But . . . unless all . . . contribute to a good, we cannot even be sure that it is worth having.”
(Democracy and Social Ethics, 1902)

Jane Addams lived and worked with—not for—the people of her neighborhood and the world.  She is notable not only for what she accomplished but for how she accomplished it. Her ambition was fueled by collaborative work and by purposeful reflection on her own experiences and her observations of the lives of others. Her work and legacy spring from her practice of seeing another’s experience compassionately while recognizing the limits of her own.

Selection of books about Jane Addams:

Citizen: Jane Addams and the Struggle For Democracy by Louise Knight, The University of Chicago Press, 2005.

Jane Addams in the Classroom. Edited by David Schaafsma. University of Illinois Press, 2014 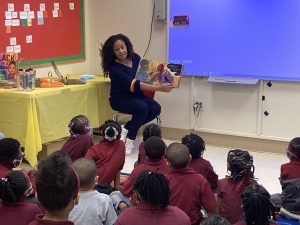