Yonder, written by Ali Standish, is a middle-grade historical fiction title that aptly captures the sentiments of a small Appalachian town in North Carolina during WWII and specifically in 1943–an era of suspicion and racism. The narrative is recounted in the first-person voice of 13-year-old Danny Timmons, whose father is fighting in Europe and whose pregnant mother is the local newspaper editor. It opens three years prior, during a major rainstorm when he witnesses 15-year-old Jack Bailey plunge into raging flood waters to rescue two sisters while fearful townsmen look on. Subsequently, Jack saves Danny from the middle-school bully, cementing in him an admiration for the older boy as the two develop a sibling-like relationship. During the year, Danny realizes how the unimaginable evil occurring in Germany began as small individual choices to ignore injustice, as his own community forced a Black family out of town and ostracized another when their son deserted the military. The use of flashbacks allows readers to experience events alongside Danny as he pieces together the puzzle of these events, Jack’s disappearance, and how his own moments of indecision, fear, and silence enabled others’ cruelty. He also becomes aware of the meaning of true bravery and takes immediate action to expose truths, while accepting Jack’s disappearance as leading to a greater good. 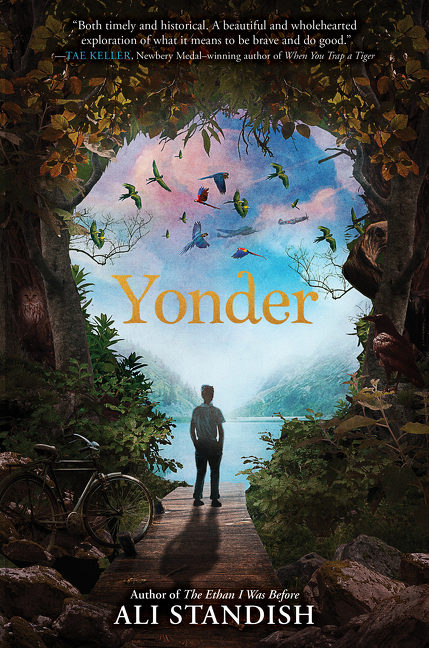