Jane Addams was committed to a vision of racial equality and worked throughout her life to see that equality achieved. Her vision evolved over time. As a Northern white woman of privilege at the dawn of the twentieth century, she was sympathetic from childhood on, to the cause of abolition. Nonetheless, Jane was situated in a world of white supremacy which she could not entirely perceive. Beginning in 1899, she began writing against lynching which she rejected as a “hideous act.” She blamed white people’s racism for causing them to use illegal, violent means to punish Black men in the South. At the same time, she described the victims of lynching as “bestial” and “uncontrolled” and erroneously assumed that by and large they had committed the crimes for which they were being accused. Renowned African-American journalist and civil rights activist, Ida B. Wells publicly took Jane to task, apprising her of the facts of lynching (that very few crimes were committed) and conveying how lynching was part of a system of intimidation intended to strip African Americans of their civil rights and their humanity. In dialogue with Ida, Jane deepened her understanding of the significance of racism in America, resulting in her further engagement in support of African American civil rights such as helping keep the Chicago schools from being segregated and becoming a founding member of the NAACP. Toward the end of her life, Jane Addams stated in her book The Second Twenty Years at Hull House that racism against African Americans was threatening democracy itself and was “the gravest situation in our American life.”

Jane, along with other racial liberals, adopted a cultural explanation for racial differences and rejected racial Darwinists’ biological determinism. The insidiousness of this “improved” understanding was that it substituted a notion of permanent inferiority with a temporary cultural inferiority. On a broader scale, this approach, embraced by white progressives of the time, insidiously led to the criminalization of Blackness itself while suggesting that comparable white crime came from a lack of social resources and not from any inherent deficit of culture. At first, Jane’s Hull House neighborhood was populated almost entirely by newly arrived European immigrants. She actively pursued supporting their basic needs, structural changes in the local political economy, and social services for their assimilation. During this time, a Black physician, Harriet Rice, lived at Hull House. Jane regularly welcomed Black guests and speakers and encouraged interracial dialogue. But for the African Americans moving to Chicago from the South after the turn of the century, Jane focused more on supporting Black self-improvement organizations, in which African Americans could begin the slow “civilizing process,” than on integrating Blacks into Hull House’s activities. There is some question among historians whether there were ever truly integrated, egalitarian community activities at Hull House during Jane’s lifetime, although there were Black clubs regularly meeting there.

The Jane Addams Peace Association acknowledges the historical context and humanity of our namesake, Jane Addams. We admire her as a changemaker and as someone who was responsive to critique, open to dialogue, and willing to change her stance with further understanding. Simultaneously, we acknowledge the ways that her beliefs and actions harmed Black people of her time even as she sought to grow in her understanding and actions. We see she was  influenced by the cultural context of her time. We are striving to convey the fullest picture of her story, by acknowledging both her accomplishments and her evolution as a changemaker. Above all, we seek to take the work of anti-racism further, to embody working allyship and shared leadership.

JANE ADDAMS, IDA B. WELLS, AND RACIAL INJUSTICE IN AMERICA

SEGREGATION AT HULL-HOUSE: A CLOSER LOOK

Citizen: Jane Addams and the Struggle For Democracy by Louise Knight, The University of Chicago Press, 2005. 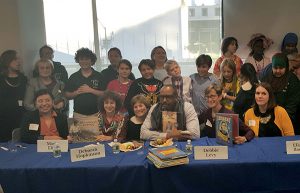