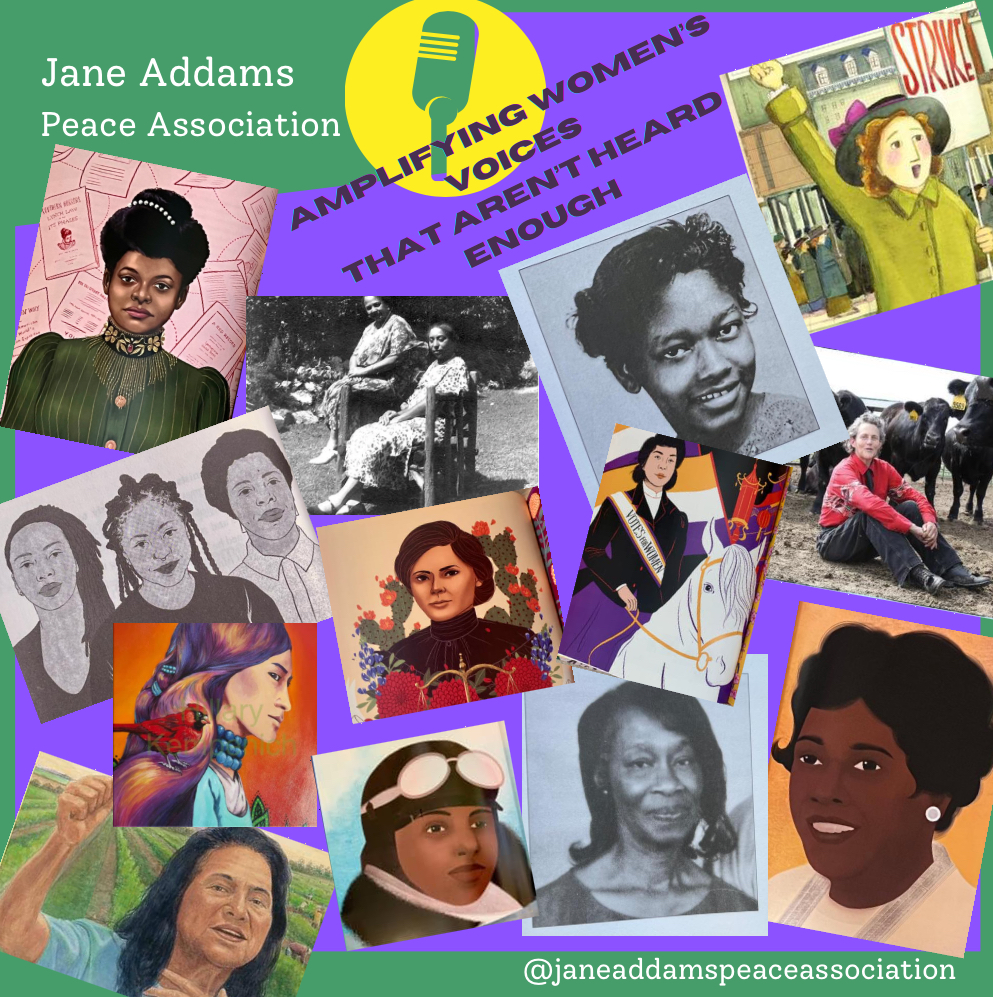 During Women’s History Month and year-round, we recognize and uplift women change makers who are more likely to have been silenced or hidden from history. This month we spotlight and celebrate  a diversity of women and girls—and show them that they, too, are change makers.

In March, we affirm and celebrate a selection of books with strong females and remember that talking about race must continue year round, not just in February.

In March, we delve into current and past award winner and honor books that affirm and celebrate women and girls in history and the present in fiction and non fiction

and group them in sets to illuminate women and girls in science, poetry, history and more, to understand ourselves and others, to think and talk about how people can

work against all hierarchies of power and opportunity

and work for power and equality for all. 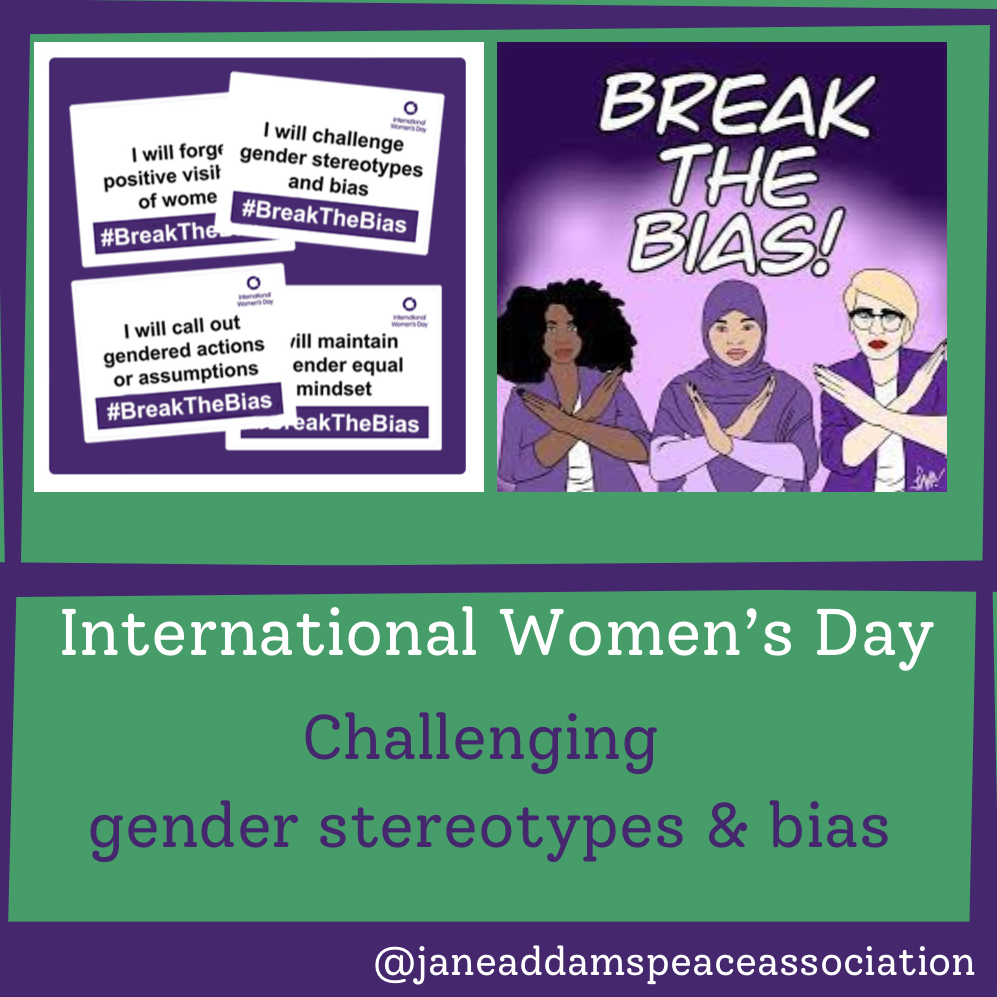 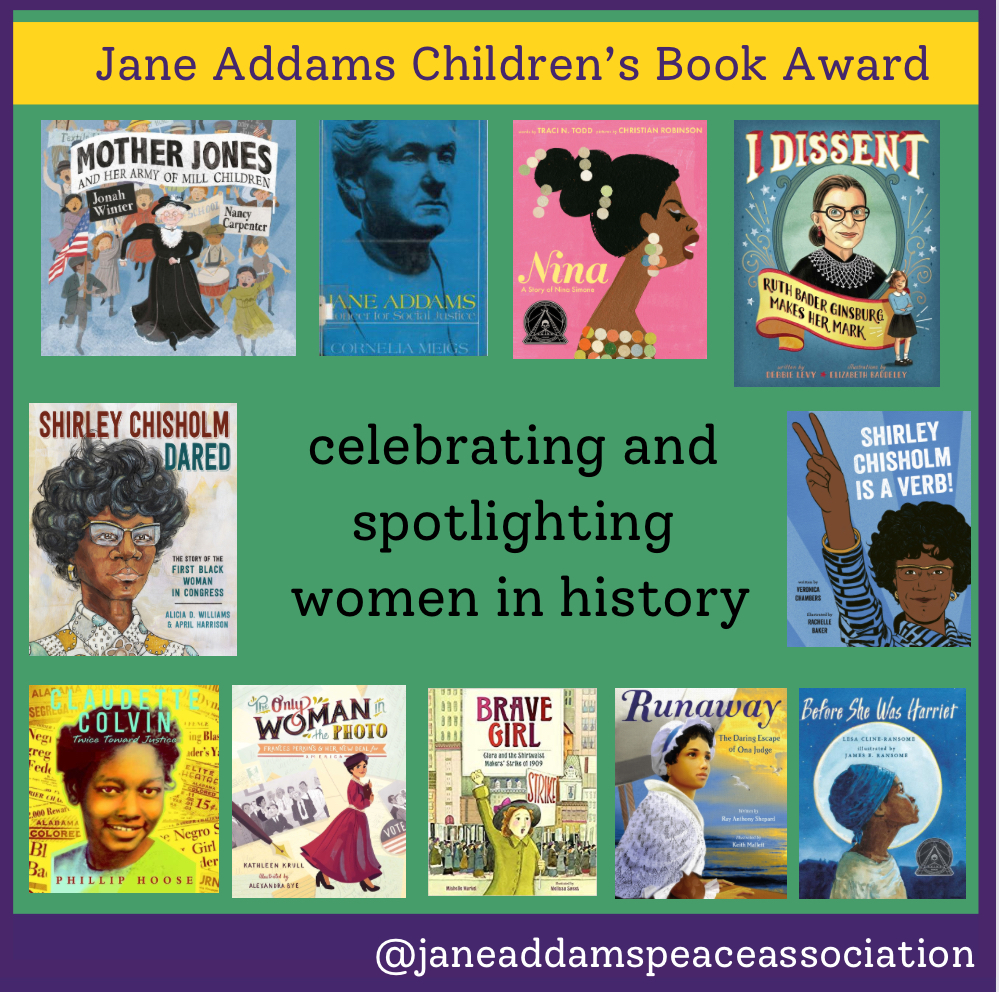 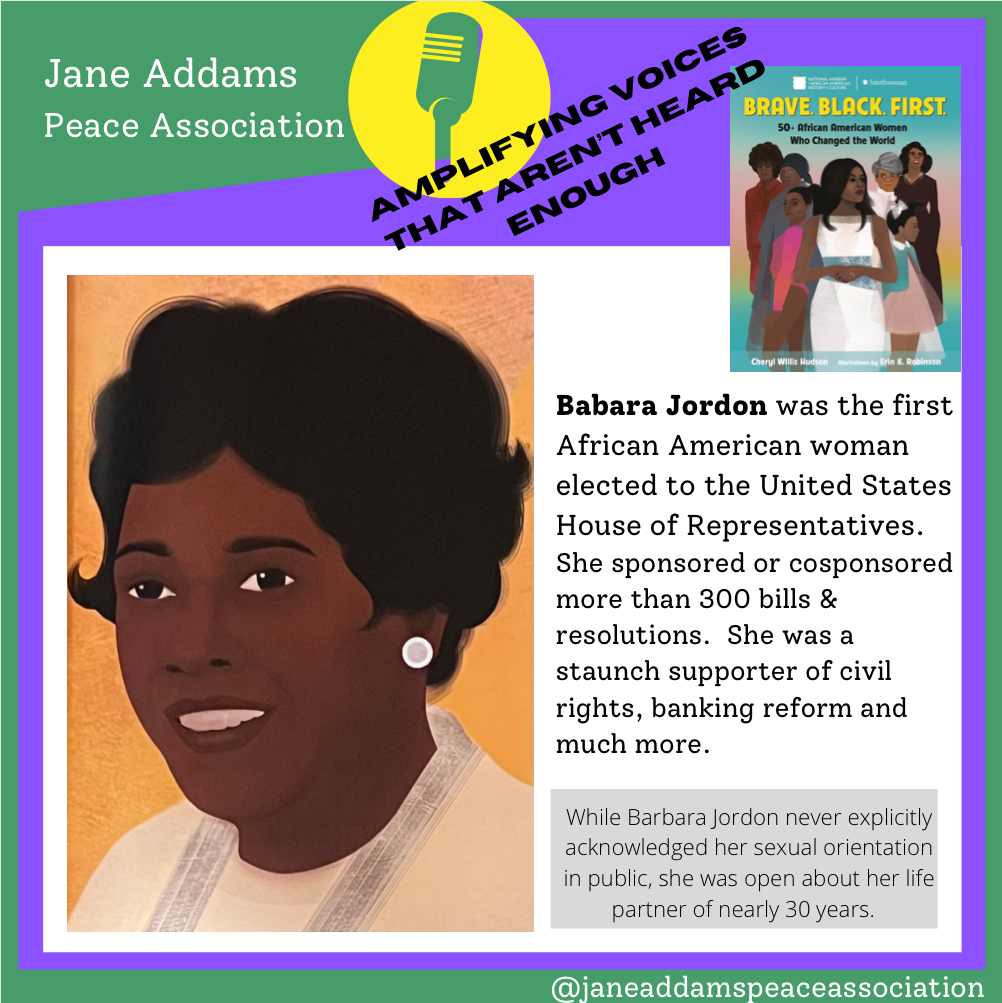 Women’s history month and every month is the time to celebrate and spotlight African American women who changed the world.  Meet 50+ of them in “Brave.Black. First” by Cheryl Willis Hudson, illustrated by Erin K. Robinson

Women in history: Ida B. Wells-Barnett 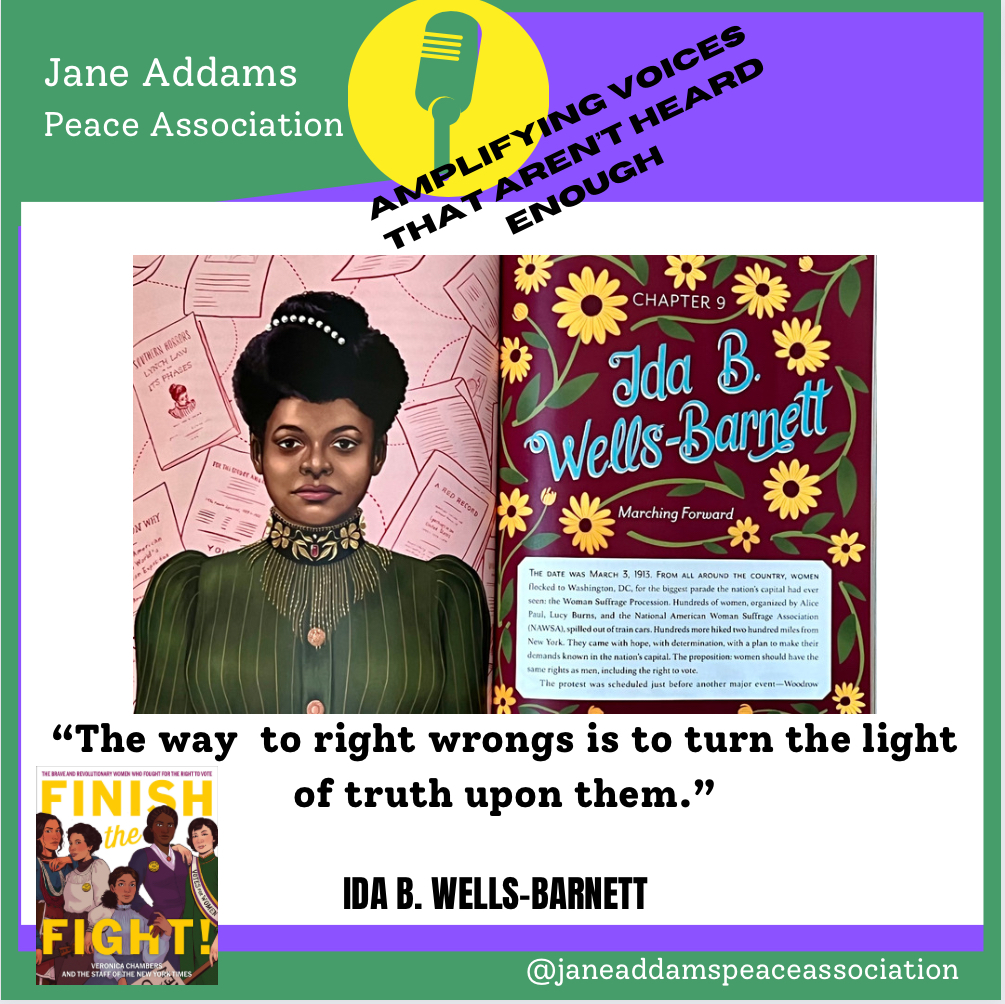 Read more about Ida B. Wells, teacher, journalist, cofounder of the Alpha Suffrage Club, a Black women’s organization that fought for the vote, cofounder of committees which became the NAACP, candidate for delegate to the Republican National Convention in 1928, activist and more! 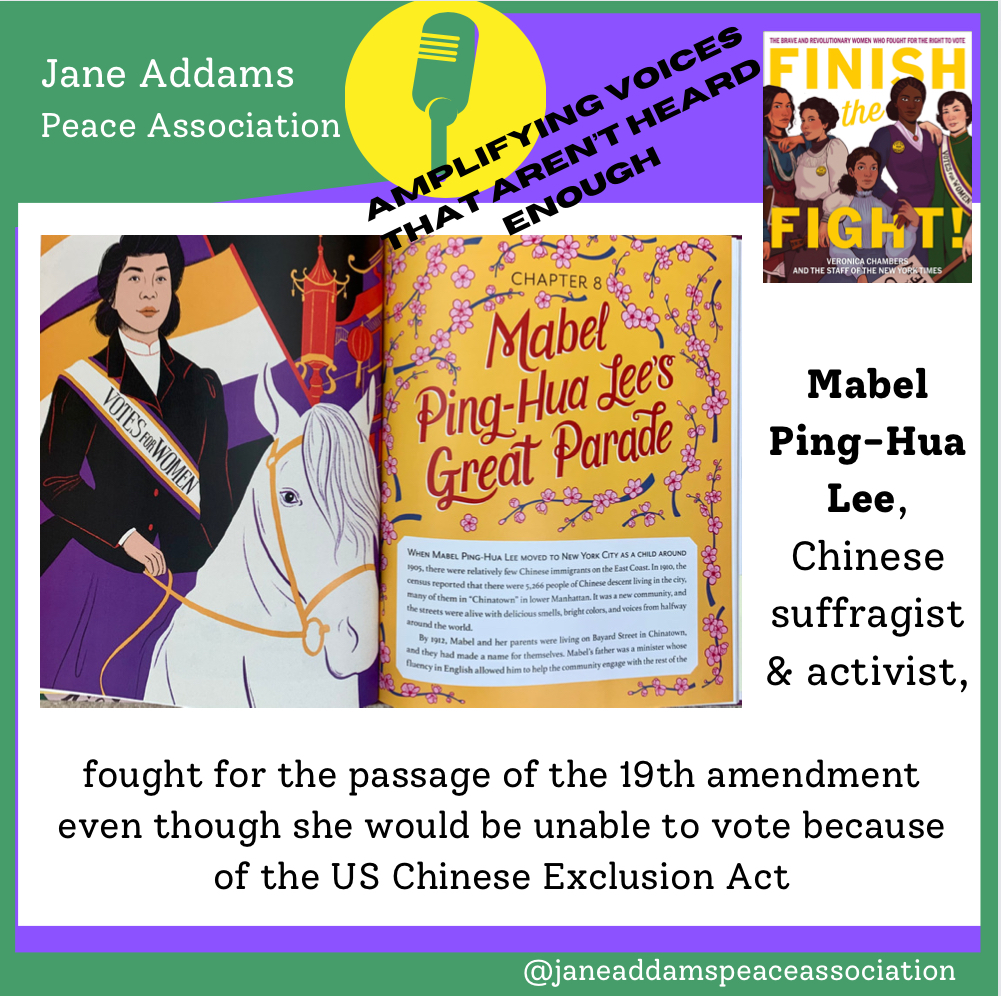 Learn about Mabel Ping-Hua Lee, Chinese suffragist and activist who fought for the passage of the 19th amendment even though she would be unable to vote because of the US Chinese Exclusion Act. 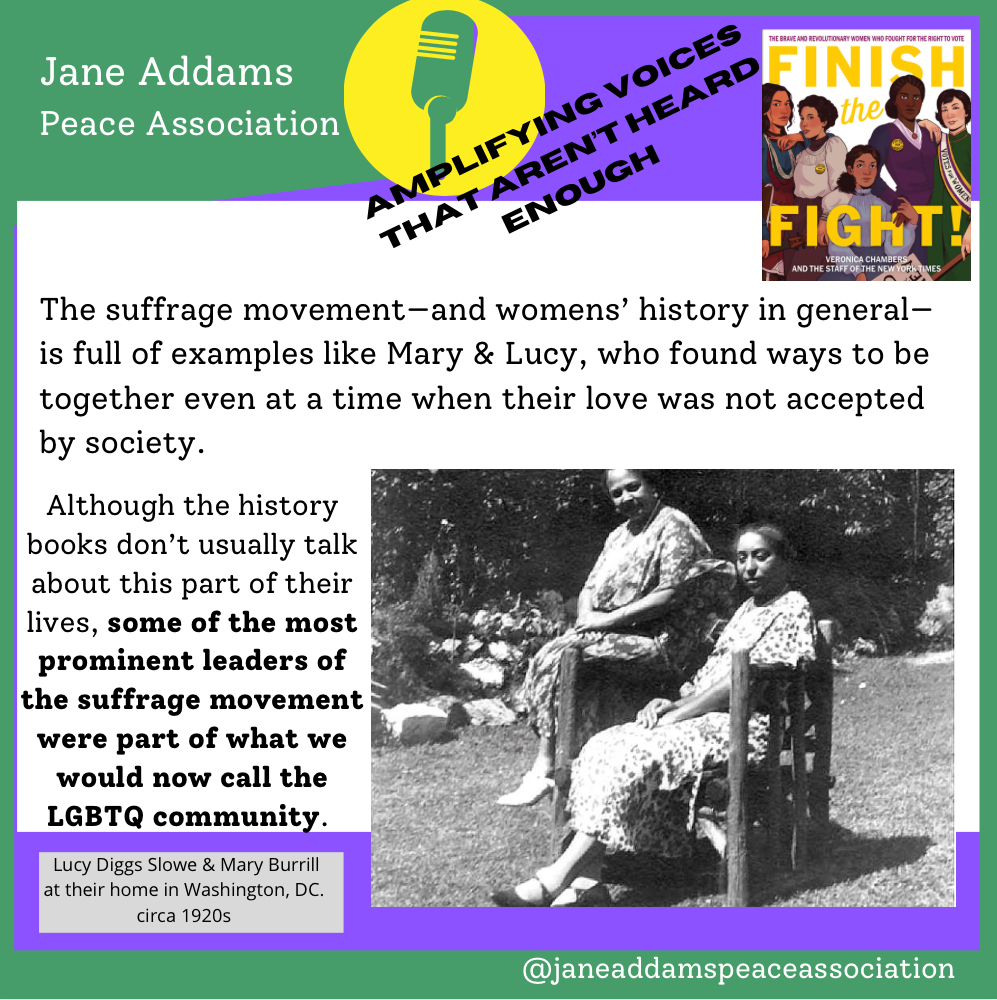 Queer leaders of the Suffrage Movement

They weren’t fighting only for the right to vote: they also believed that women should be able to make choices about all aspects of their lives, such as where to live and what to study and which careers to pursue— and whom to spend their lives with.

In “Finish the Fight: The Brave and Revolutionary Women Who Fought for the Right to Vote” by Veronica Chambers & the Staff of the New York Times, learn about African American, Native American,  Latina, Asian American and queer women who worked to achieve civil rights, equality & right to vote for all women. 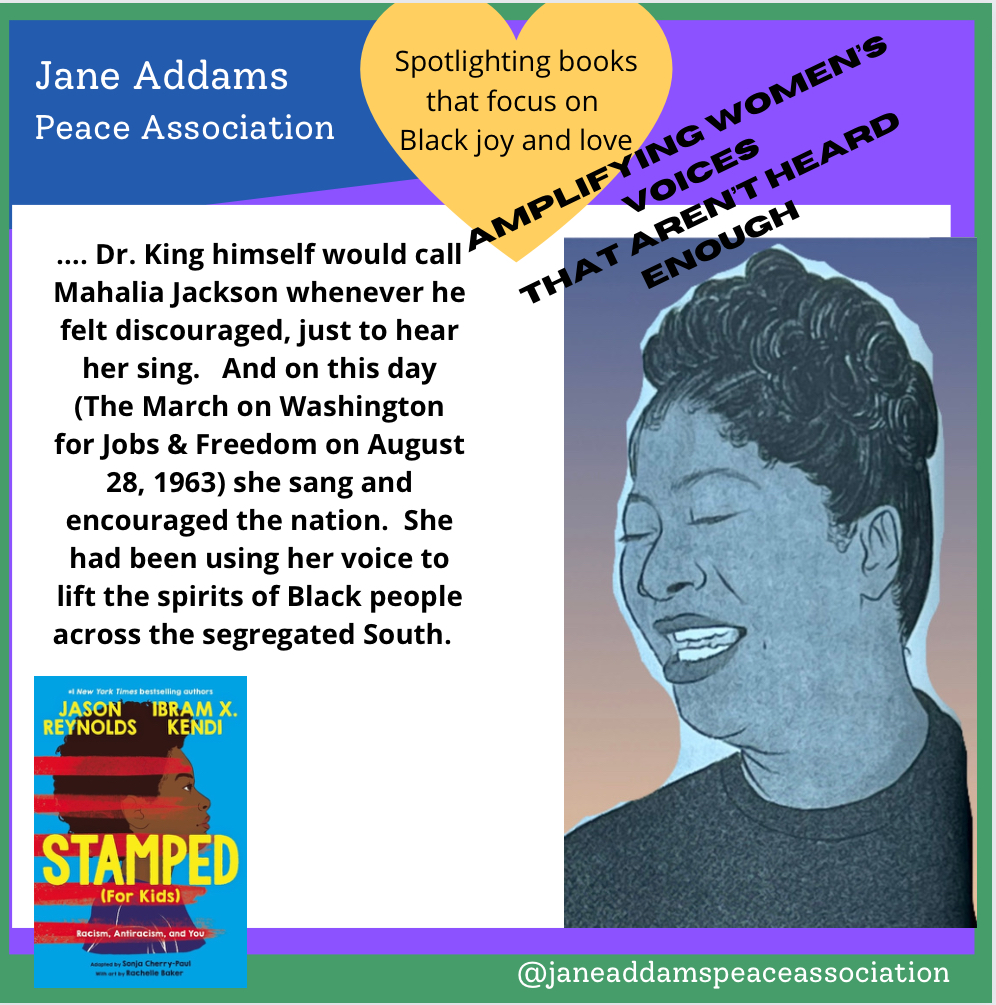 Who got the microphone—

whose voices  were heard—

and whose were silenced

at the March on Washington for Jobs & Freedom in 1963?

Many voices were silenced, but a Black woman did sing at the March on Washington August 28, 1963. As the civil rights movement pushed on, Jackson had been using her voice to lift the spirits of Black people across the segregated South.  In fact, Dr. King himself would call Jackson whenever he felt discouraged, just to hear her sing.   And on this day (The march on Washington for Jobs & Freedom) she sang and encouraged the nation.

Young people can learn more about the March on Washington. and whose voices were heard and whose were silenced by the White House and by Black male leaders of the civil rights movement in “Stamped for Kids: Racism, Antiracism, and You”  by Jason Reynolds, Ibram X. Kendi and adapted by Sonja Cherry-Paul with art by Rachelle Baker 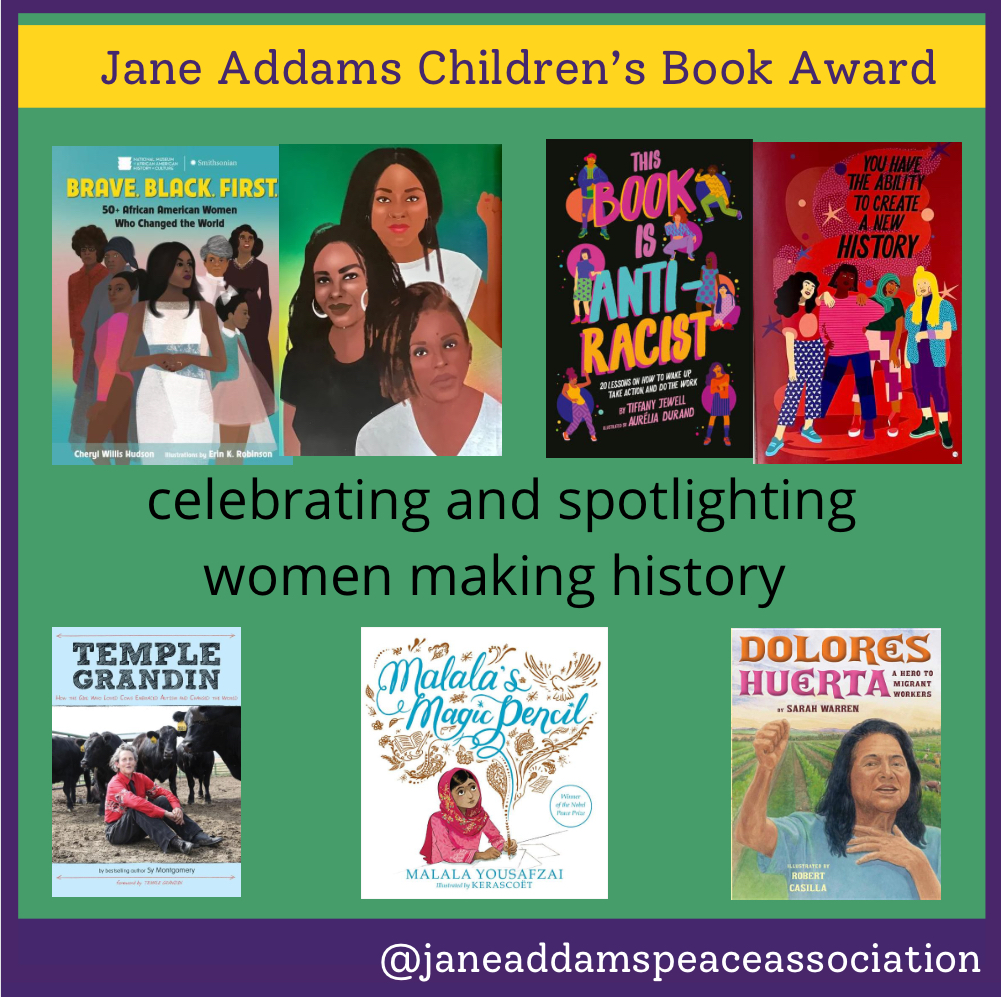 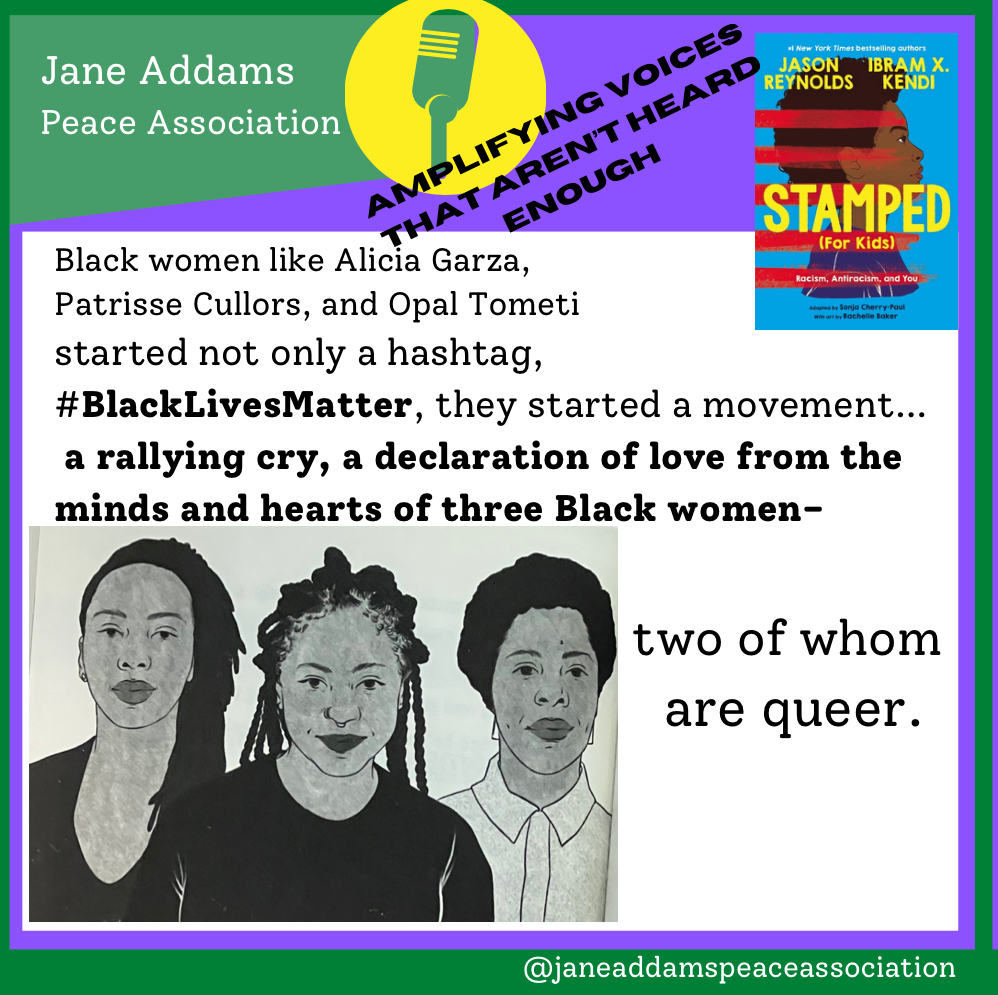 It was an announcement to all that in order to be truly antiracist, we must also oppose all injustices, such as sexism, homophobia, colorism and classism, that work alongside racism to harm so many Black lives.  Celebrating and spotlighting all women’s voices this month and all year.  Young people can  learn about the many facets of the roots of racism and  how an antiracist movement has changed over time so they can join the movement and work for change in “Stamped for Kids: Racism, Antiracism, and You” by Jason Reynolds, Ibram X. Kendi and adapted by Sonja Cherry-Paul with art by Rachelle Baker 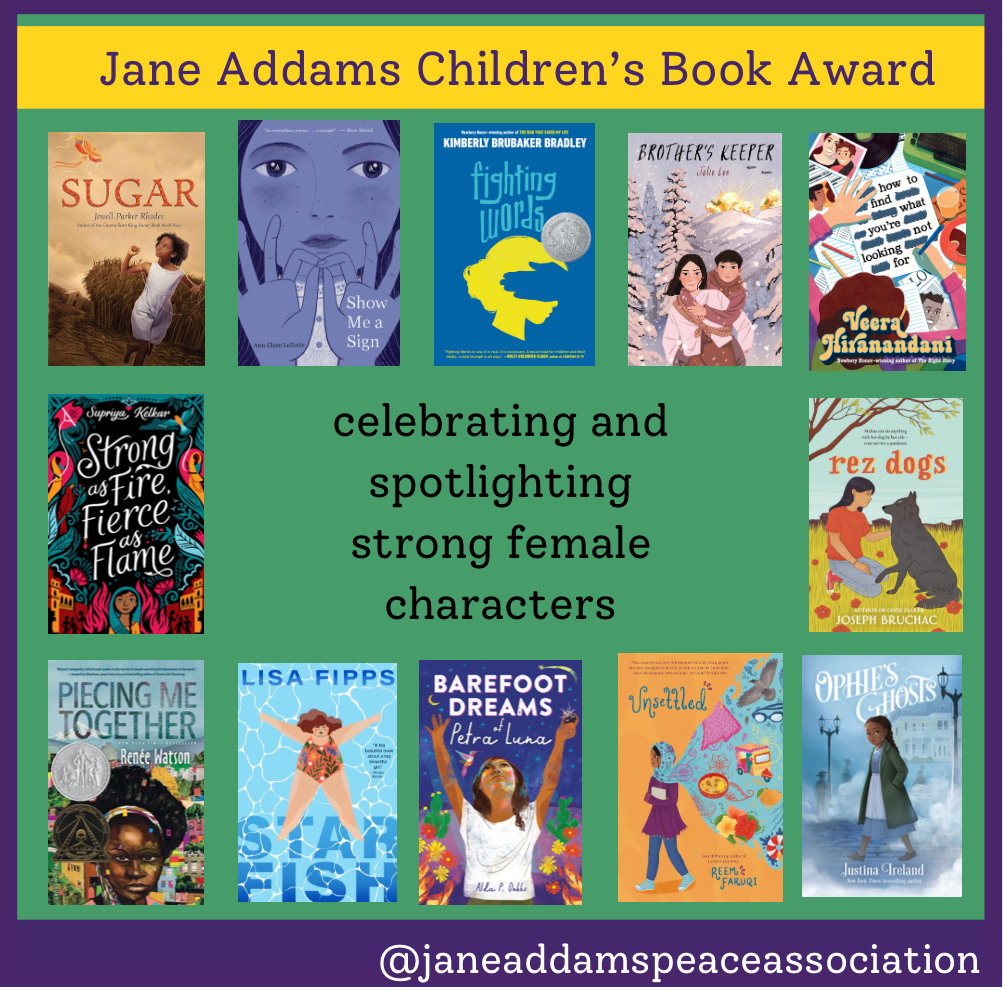 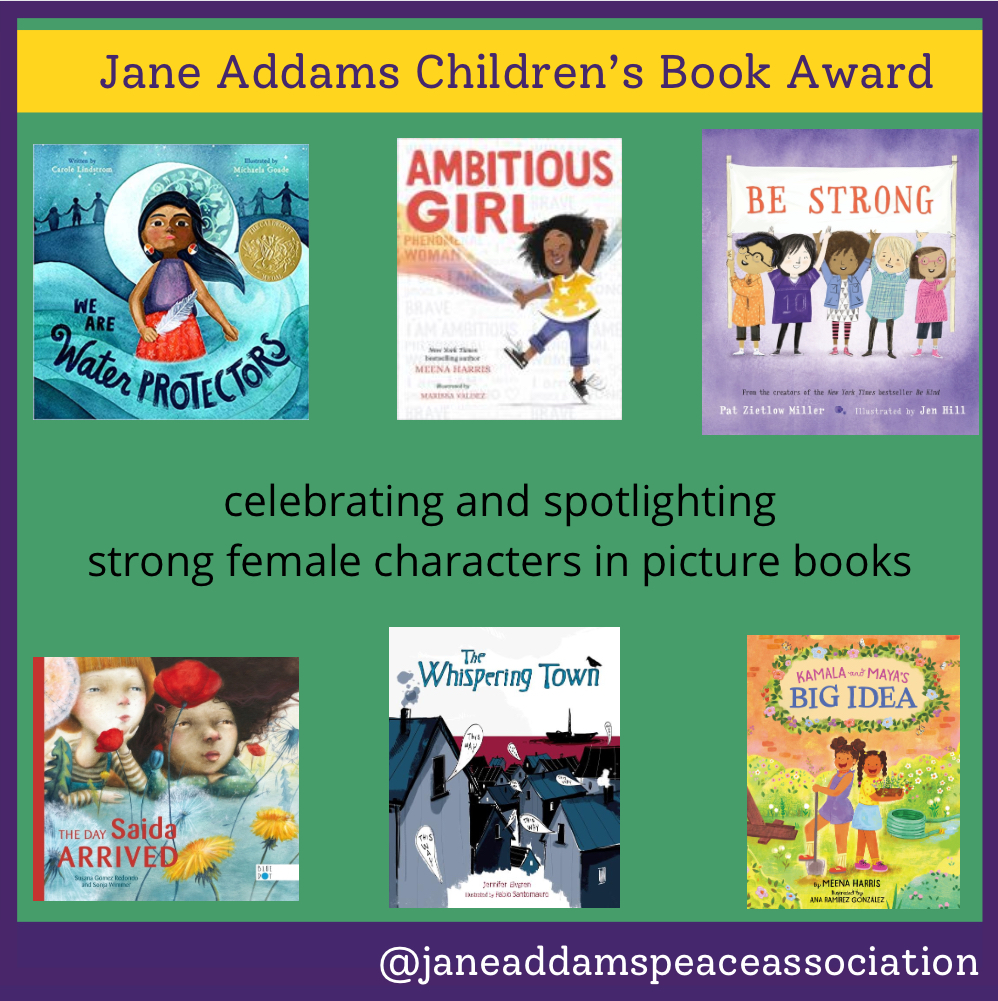 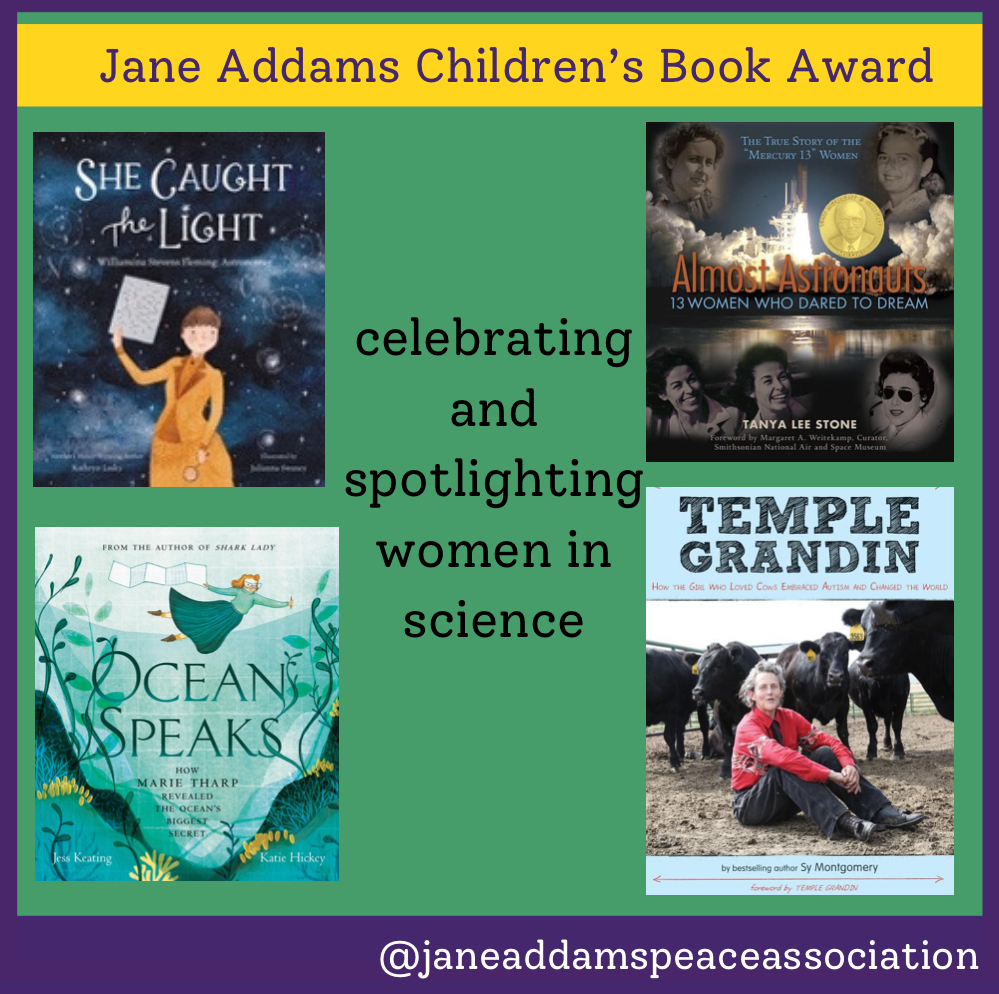 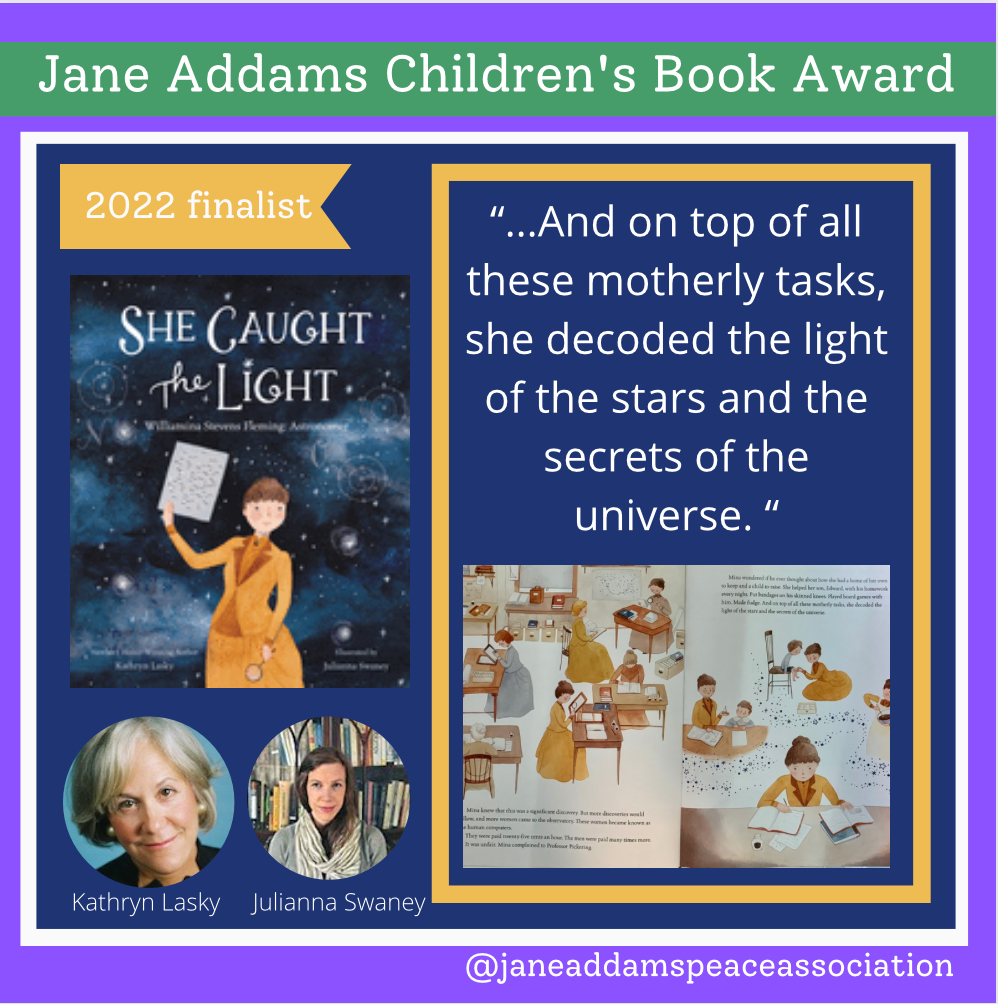 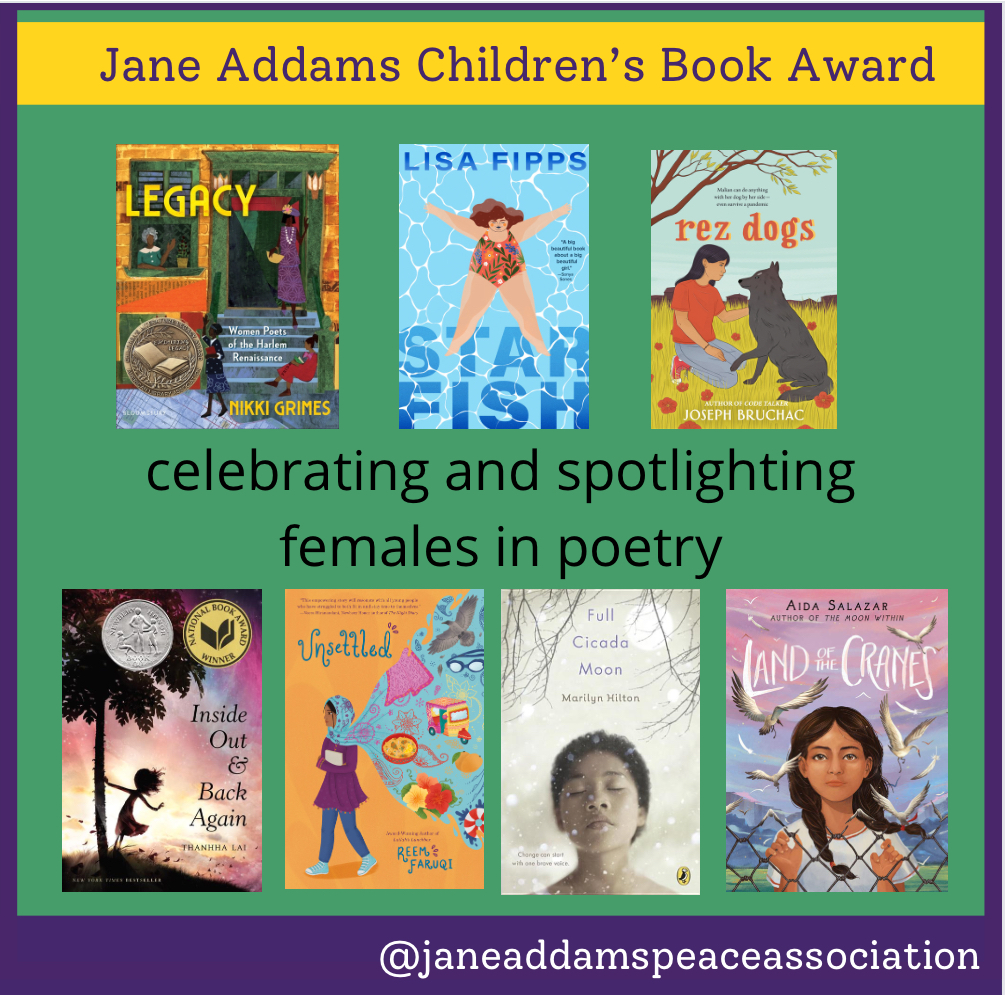 Visit and revisit these selections of Jane Addams books to help young people break the bias and challenge gender stereotypes .

YOU CAN FIND RESOURCES ASSOCIATED WITH EACH OF OUR WINNING AND HONOR BOOKS FROM TEACHINGBOOKS.NET.
FOR RESOURCES FOR THE  FINALISTS, WINNERS, AND HONOR BOOKS
JUST CLICK THROUGH ON THE BOOK.
FOR ALL OTHER BOOKS GO TO BROWSE BOOKS 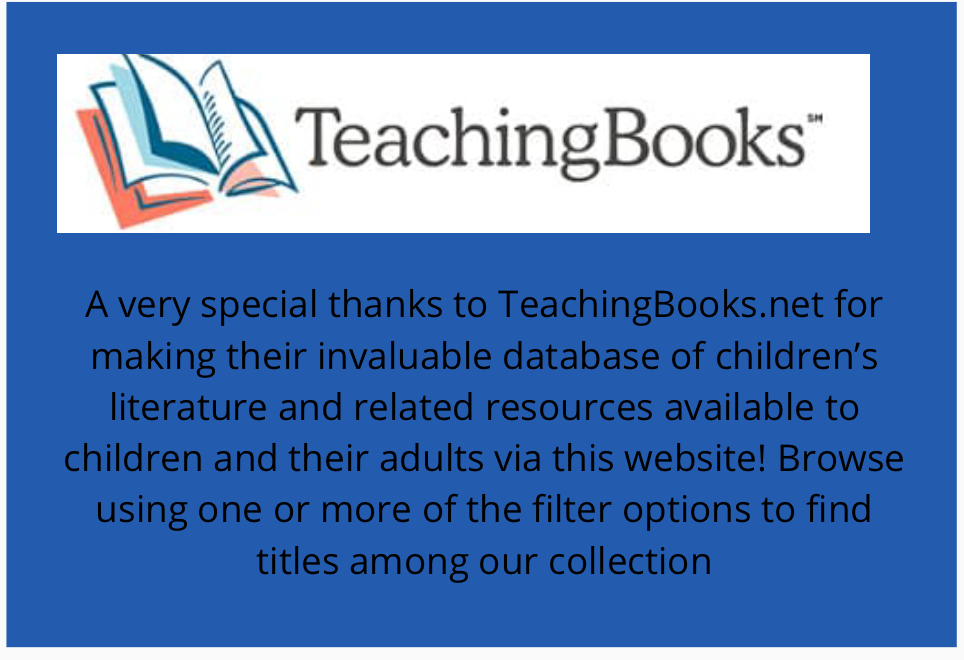 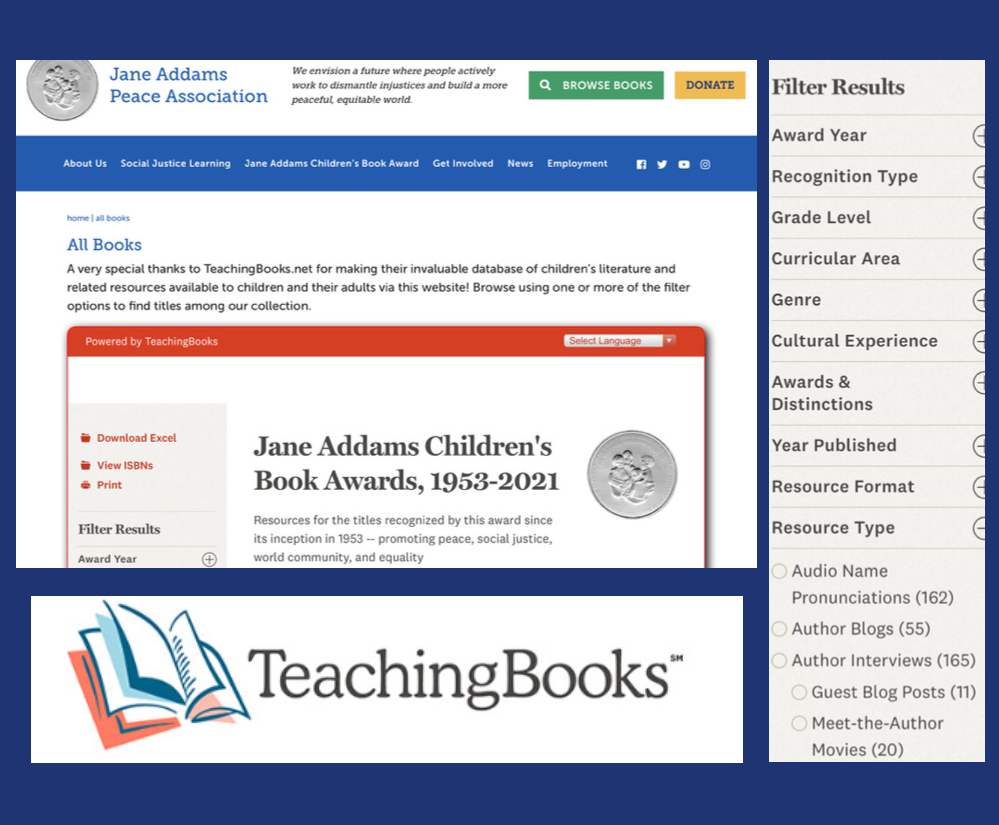 Check out some fabulous resources

for March and beyond 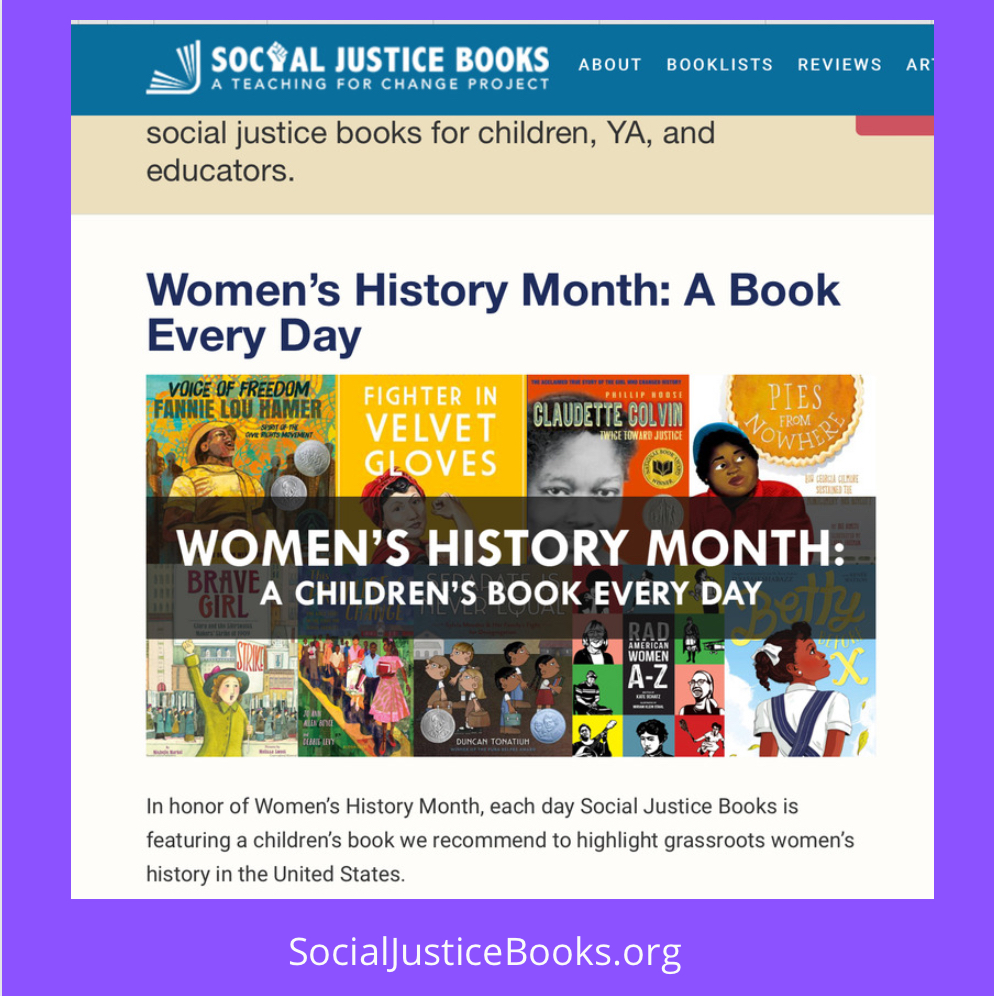 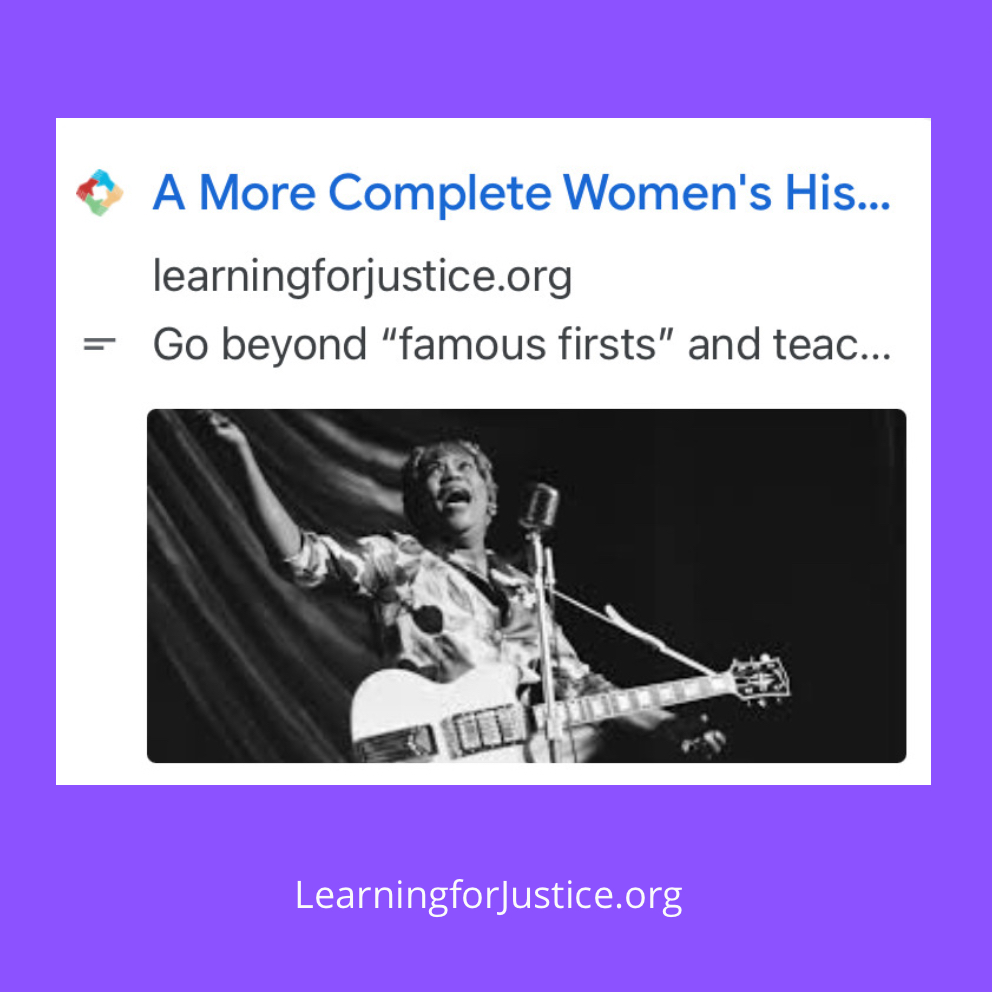 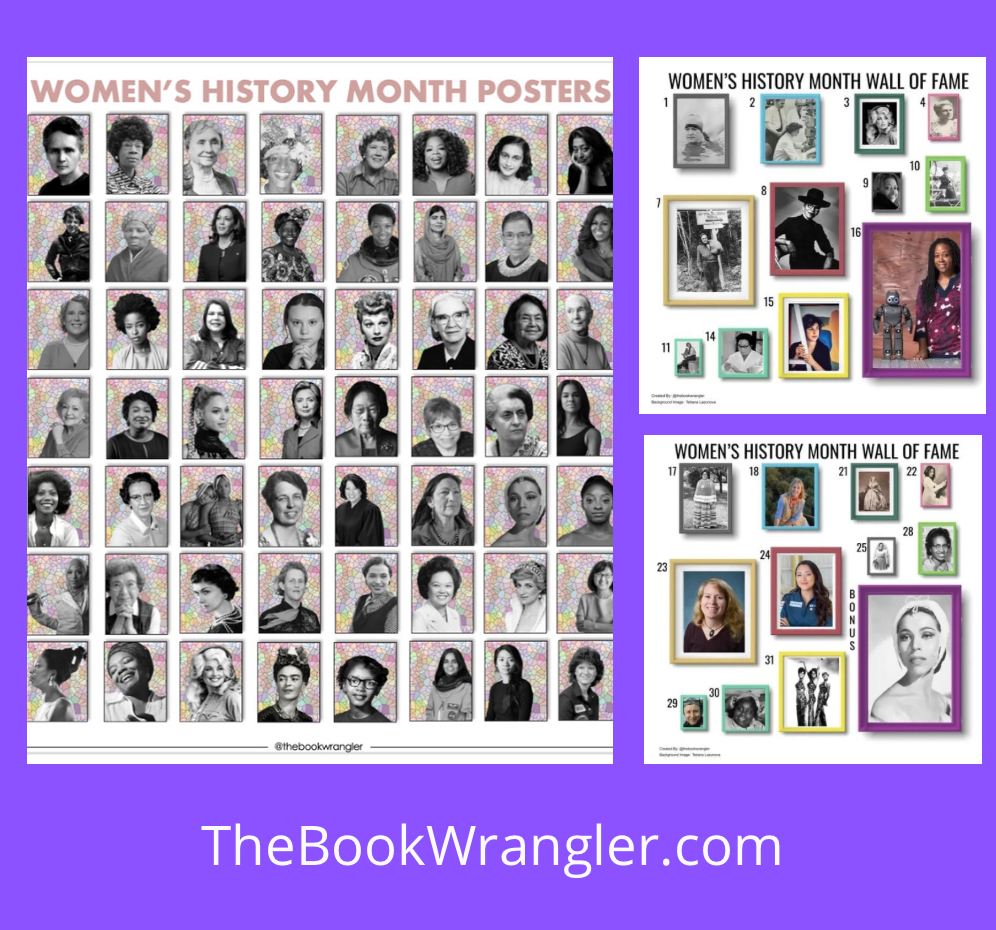 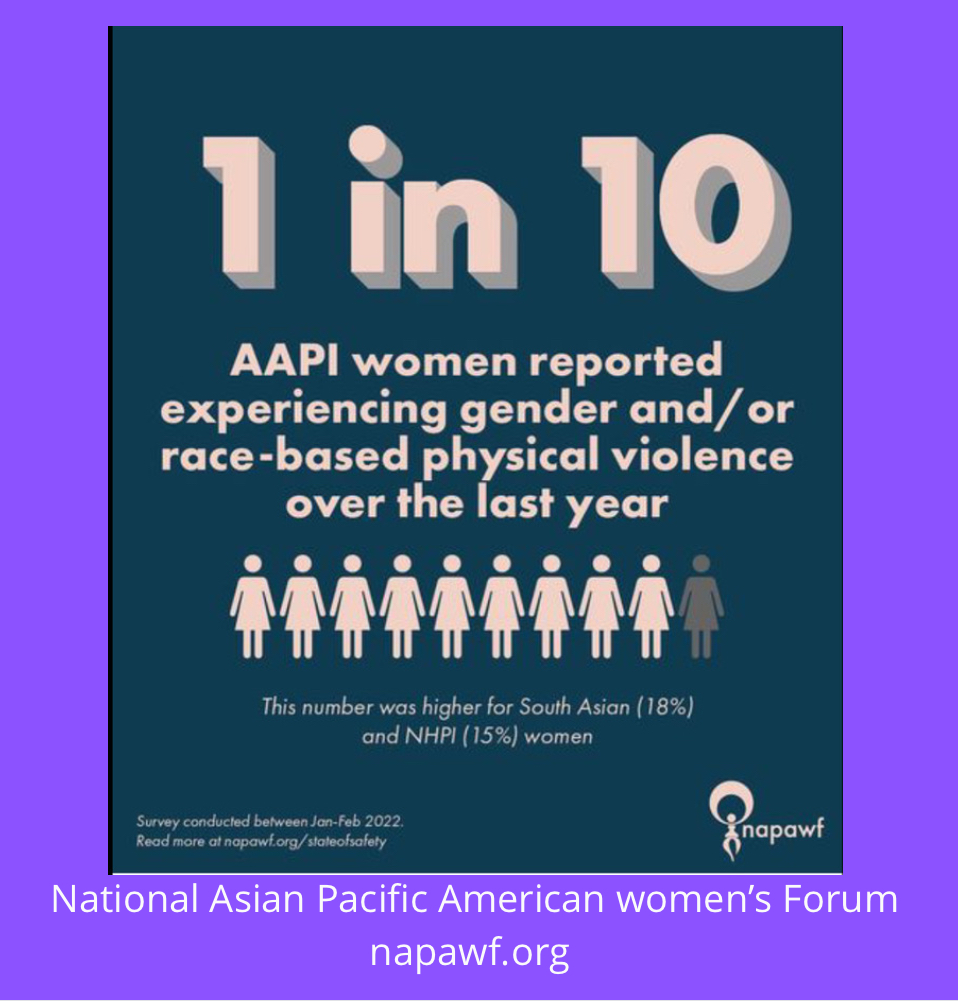 to start conversations about war 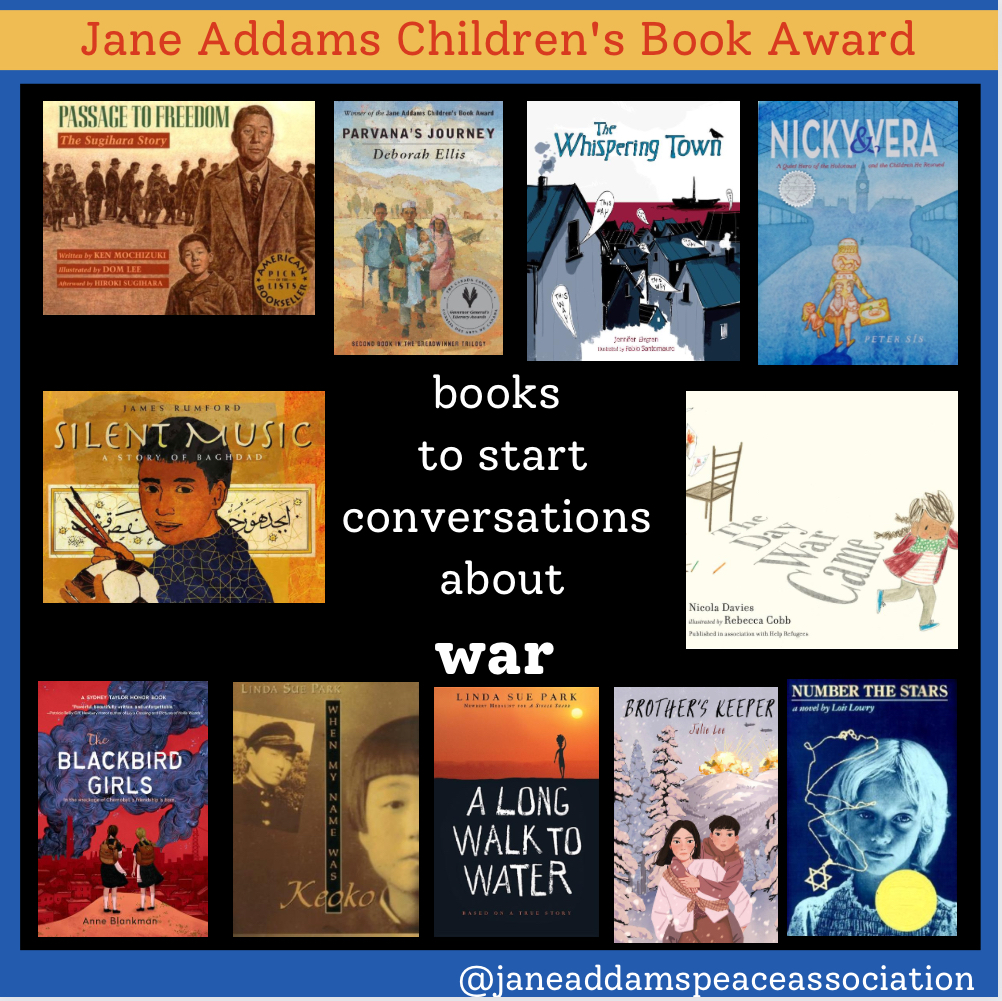 Why have wars started in the past and now?  What are different ways war impacts people?  Thinking of people in Ukraine.

And when the world is feeling particularly overwhelming… 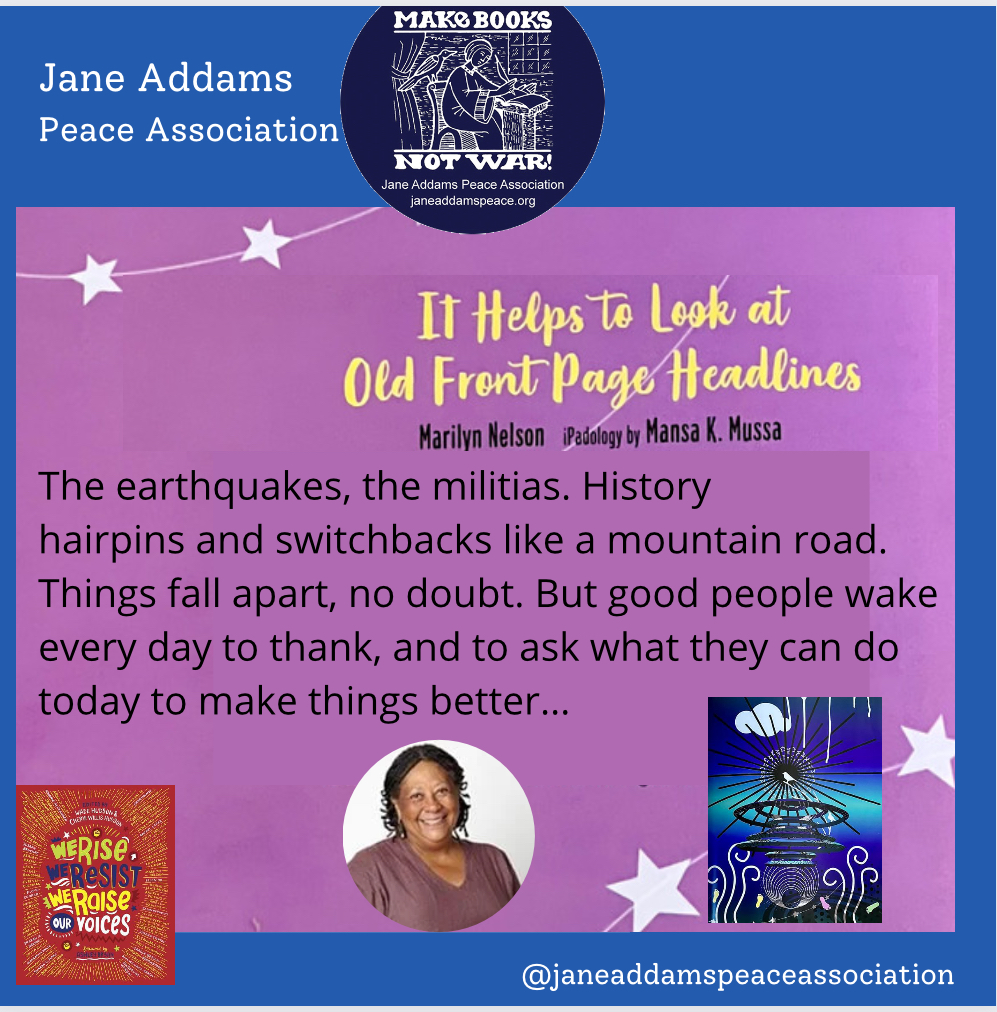 Where are you getting your books?

Follow us on social media for more resources and book suggestions.

Your gift of any amount will help to support the meaningful work of the Jane Addams Peace Association.